Friday night was late for everyone for those who attended the Opening Ceremonies it was even later. While I spend my evening watching the telly (am I sounding British yet?) with the staff at the University of East London, many photographers ended up working at the Main Press Center until 3:00 AM and then slept of the floor of the workroom for a few hours until it was time to go again.

The Team also had a late night, slept in and then traveled to Guilford, which will be their training base for the next few days, away from the distractions of the Olympic Park and the pressure of the media.

While they were traveling, I had the day off! What better time to go tour the Olympic Park and head in to London.

The London Olympics set up a great system to get the media around to the venues, but mostly to the back entrances. Since I am only credentialed for common areas and the Triathlon, I am unable to go through the stadium to get to the park. I was able to find my way through via the entrance to the Aquatic center.

Although I arrived early, I was still somehow surprised by the size of the crowds. Many moving from one ticketed venue to another; but many just out enjoying the beautiful day and the fabulous venues.

Here is the view of the Park from the Aquatic Center.

There are waterways, running throughout the park, here between the Stadium and the Aquatic Center. 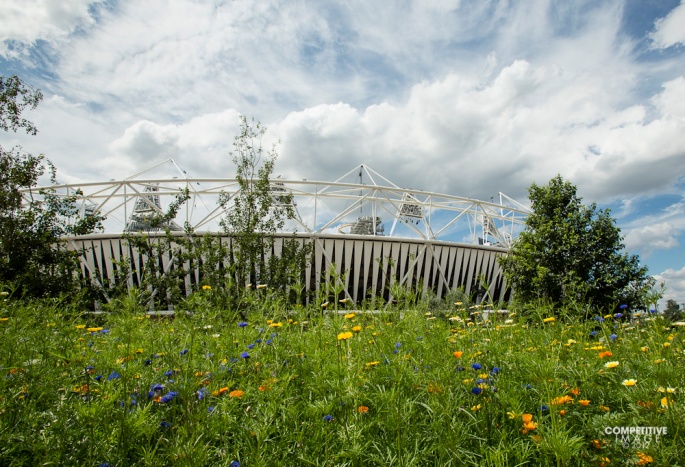 Inspire a Generation is the theme of the London Olympics and is prevalent throughout the park, here at the Velodrome.

The Olympic Basketball Arena can only be captured with a fish-eye lens. 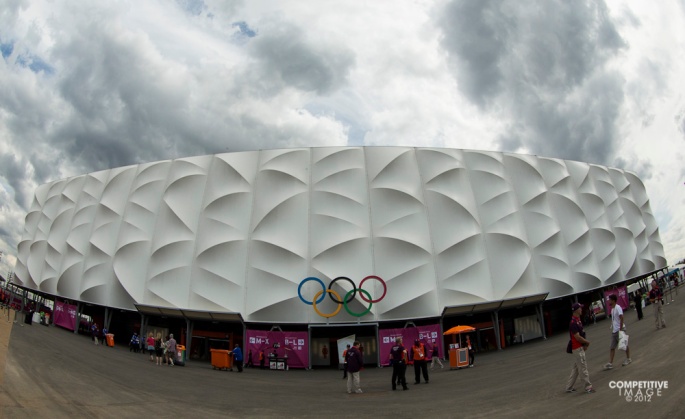 An ocean away, I met a family from the Minneapolis area here to enjoy the games and support Team USA.

This Austrian couple came to support their athletes!

Unless you are sitting at home in front of your telly, you cannot possibly see all that you would like to see. British Airways helps solve the problem by having an outdoor viewing area that can be seen from both sides of the River Walk area.

Corporate Sponsors have major presence at teams from Coca Cola are out entertaining the crowds, doing dance and rap routines – all with a recycling theme! 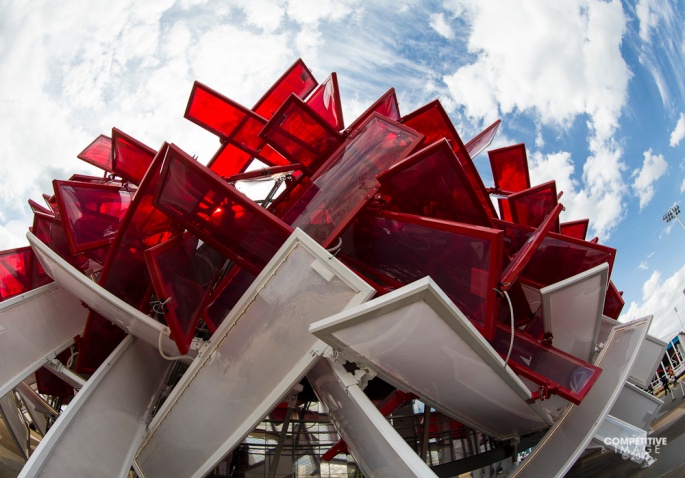 Before heading into London, I stopped at the MPC for a while to watch the end of the Men’s Road Race, and then on to the DLR.

Photo Of The Day